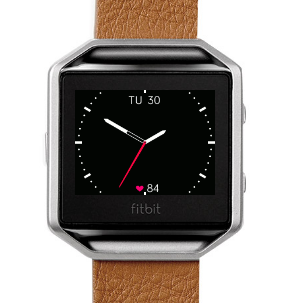 We previously reported that Fitbit, the world’s top-selling wearable brand, is working on a smartwatch. The company acquired smartwatch brands Pebble and Vector last year, and its CEO all but admitted that the company was building one earlier this year.

But while fans await what could potentially turn out to be the Apple Watch’s stiffest competitor, Fitbit has revealed that it will release updates on two of its most popular trackers—the Charge 2 and Fitbit Blaze.

The Charge 3 and Blaze 2 are currently set for a 2018 release, according to Bloomberg, which further reported on some internal turmoil at the brand.  The company “lost several people working on the [smartwatch] project and has fallen behind on its app store—putting in peril the company’s most important product in years.”

At least one member of the Fitbit team working on the watch considers it a “substandard project the company should never have embarked on.”

Wareable reports that the smartwatch is set to debut this fall and guesses that it will be modeled on the Blaze fitness tracker.