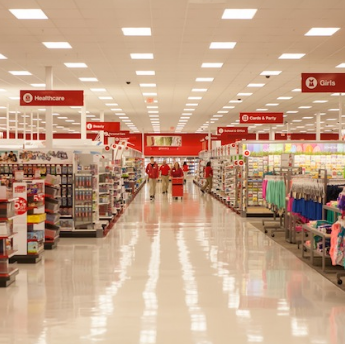 Most of the major retailers in the S&P 500 reported first-quarter earnings this week—though Wal-Mart will release its results tomorrow.

And the financial picture for big-box stores still looks strained in general, and desperate for some (see J.C. Penney, Sears).

TJX Cos. posted its slowest comparable-store sales growth in more than 10 quarters—a concern, considering the conglomerate specializes in off-price retail concepts, which many retail pundits have positioned as the next savior in fashion retailing.

Target’s decent first-quarter results have been one of the few pleasant surprises.

The chain, which reported its first-quarter results this morning, narrowly surpassed Wall Street’s expectations. Its earnings per share were $1.21, beating the forecast of 91 cents, and the chain reported $16.02 billion in revenue, blowing past its $15.62 billion estimate.

U.S. department stores and big-box retailers have been grappling with online competition in the form of Amazon for years, but many retail watchers feel we recently edged past the tipping point when it comes to consumers’ comfort with buying nonluxury items online.

In an age when we can get groceries delivered to our door for a measly $5 with a few clicks on an app, why visit a brick-and-mortar store?

People still like to shop, but maybe not in warehouse-style environments.

“The problem plaguing [department stores], and much of the industry, has been the inability to grow the top line in the wake of declining foot traffic,” financial analyst Ken Perkins of Retail Metrics wrote in a report. “But that foot traffic hasn’t left the retail industry entirely just yet—it’s merely shifting to other types of stores.”