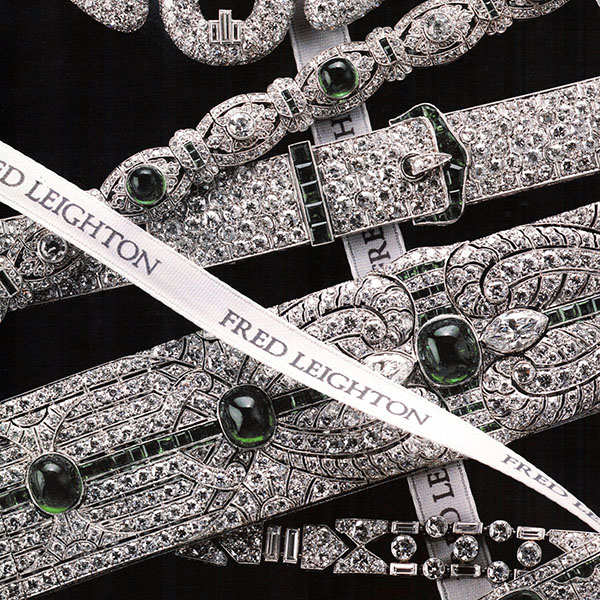 Legendary jeweler Fred Leighton, who transformed an estate jewelry business into a red carpet fixture and one of the industry’s most recognized brands, died July 26. He was 85.

Leighton was born Murray Mondschein, the son of a New York City cabdriver. Following two years in the U.S. Army, he bought a Greenwich Village Mexican dress store named for its former owner. He soon became entranced by the estate jewelry business.

“People began coming into the store to sell these amazing things that belonged to their grandmothers,” he told People in 2002. “A place like Sotheby’s didn’t have that many auctions, so you had to wait a long time for your money. I was buying things outright.”

In the 1970s, he moved his store to Madison Avenue where it popularized the idea of estate jewelry and became known for its celebrity clientele.

In the 1980s, he legally changed his name to Leighton. “People kept coming in and asking to talk to Fred Leighton,” he told People. “I decided they should be able to.”

According to The New York Sun, Leighton was often irreverent with his upper-crust customers.

“As the legend goes, when the King of Morocco was expected to come shopping at the store, Mr. Leighton was briefed on the proper protocol,” wrote the newspaper. “When the king appeared, Mr. Leighton called out ‘Hey King,’ appalling the royal entourage but evidently endearing himself to his highness.”

The store was sold in 2006, and following a scandal involving one-time owner Ralph Esmerian and a Chapter 11 filing, Kwiat bought it in 2009.

In a statement posted to the Fred Leighton Instagram account, current Fred Leighton CEO Greg Kwiat said, “He had an incomparable passion for vintage jewelry and the vision to marry these remarkable jewels with fashion. He is a legend and he will be deeply missed. The Kwiat family is honored to carry on his legacy and to ensure his passion endures for generations to come.”