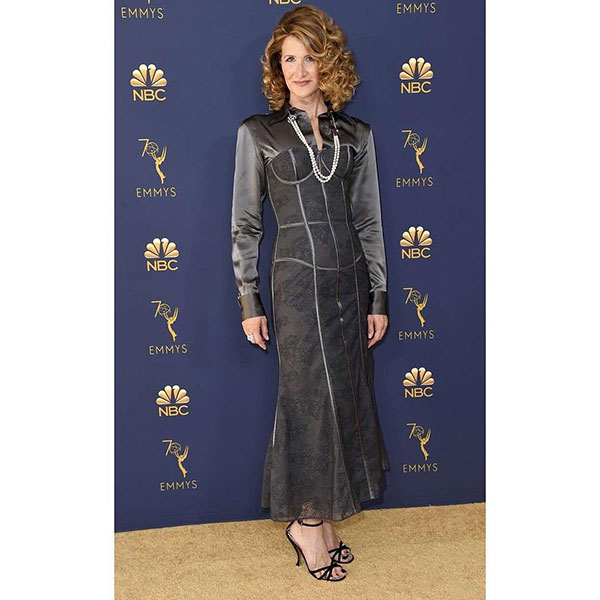 Jewelry people are always saying you can wear the same outfit from desk to dinner with a simple switch-up of accessories. And lately, that long ropes of pearls are no longer the domain of special occasions but something you can wear to the office or even with a T-shirt.

At Monday’s 2018 Emmy Awards, nominee Laura Dern inadvertently drove these points home by pairing a very major Piaget pearl sautoir with what looked like a super-structured men’s suiting situation from a distance. 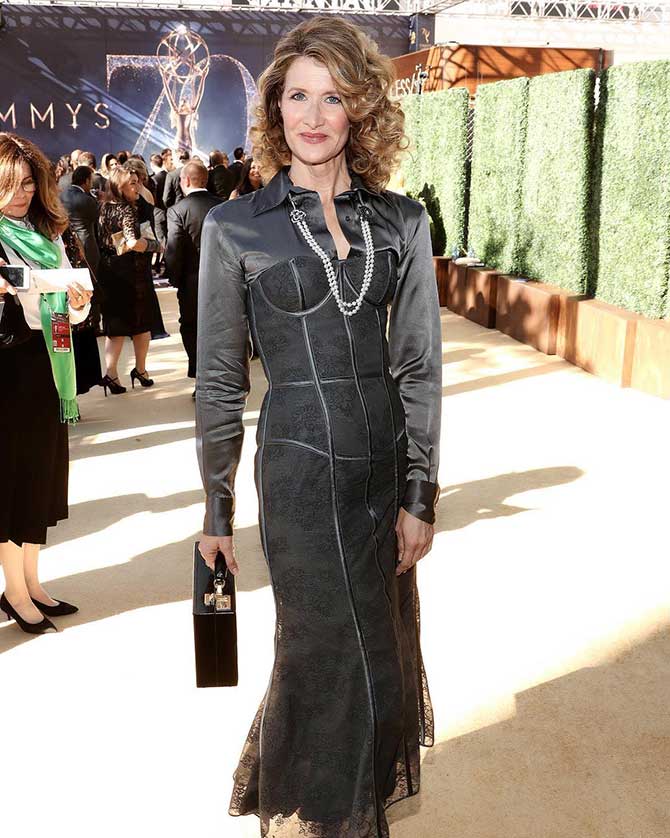 Laura Dern in Thom Browne and Piaget pearls at the 2018 Emmy Awards (image via: @simonesieg)

Some called it a miss—and it wasn’t the night’s most memorable jewelry moment—but Dern’s look stood out to me for a few reasons: 1) You rarely see pearls on the red carpet, especially opera-length; 2) This tonal gunmetal gray moment was in sharp contrast to the parade of gowns in macaron-bakery and candy-shop colors; and 3) my first thought was, hey, that’s kind of a cool day-to-evening look she has going there—a remark that would not generally occur to most people during a Hollywood awards show.

Dern’s ensemble, created by celebrity stylist Cristina Ehrlich, clad the star of Big Little Lies and The Tale (for which she received her 2018 nomination) in custom Thom Browne. The New York–based designer is known for his crisp menswear-inspired tailoring, always with a wink and a touch of the avant-garde. The strapless midi dress he made for Dern referenced the lingerie elements of his fall 2019 ready-to-wear presentation—bustier seams outlined every inch of Dern’s shape, and the bodice was sculpted in lace flowing out into an overlay skirt.

I guess I got a workwear vibe because the dress was worn over a collared button-down blouse and paired with a boxy briefcase-like handbag (and I couldn’t see the luxe fabrics and work that went into the dress from afar). But the Piaget pearls made the whole outfit—and made it worthy of a black-tie event. 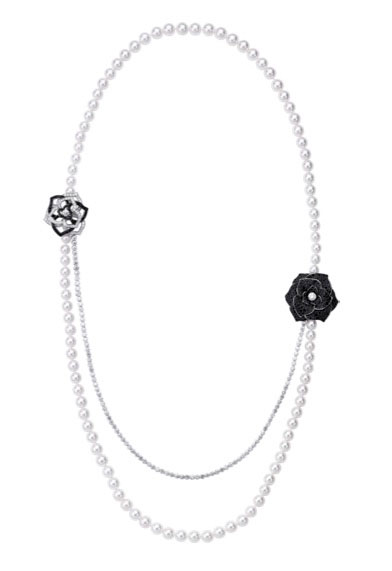 The Magic Gardens of Piaget sautoir combines 300 pearls and two Yves Piaget rose ornaments adorned in nearly 26 cts. of diamonds and black sapphires. It’s from a high jewelry collection that debuted in 2007 but feels very of-the-moment.

I like that the rose elements add an extra layer of femininity to the overall look, but with a tough-luxe spin, thanks to the black gems. “Edgy pearls” were among the top trends we spotted at JCK Las Vegas 2018, and these are a great example of what they are and how to wear them.