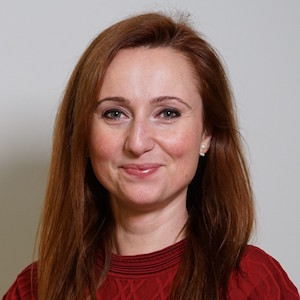 The Diamond Producers Association (DPA) has appointed Raluca Anghel (pictured), a veteran of Microsoft Europe and the European Parliament, to be its head of external affairs and industry relations.

In the newly created role, Anghel will develop and implement DPA’s external engagement strategy. Her responsibilities will include working with industry bodies on joint actions, such as communication programs; leading the DPA’s global public affairs agenda in areas like nomenclature and terminology; and overseeing the DPA’s industry programs, including its ASSURE instrument testing program, which rates machines that screen synthetic diamonds. She will also lead the DPA’s communications activities in Europe.

Prior to joining DPA, Anghel worked as spokesperson for the Romanian presidency of the European Council and prior to that in the European Parliament head office, according to her LinkedIn profile. She also served as an online communications manager for Microsoft Europe, based in Brussels.

“There is a great need and opportunity for all major industry organizations to work closely together on progressing a joint agenda,” said Jean-Marc Lieberherr, chief executive officer of the DPA, in a statement.

Said Anghel in the same statement: “I am honored to be part of this unique industry that touches the lives of so many people at a global level. I look forward to working with key stakeholders such as leading diamond companies and international organizations in promoting the reputation and integrity of the diamond industry, as well as ensuring its long-term sustainability in times of profound social and economic changes.”

Anghel will be based in London and will report to Lieberherr. She starts Nov. 1.

Earlier this month, Lieberherr announced he was stepping down as CEO after four years heading the group. David Kellie, a marketing executive with experience at Ralph Lauren and Watches of Switzerland, has been named the DPA’s new CEO.