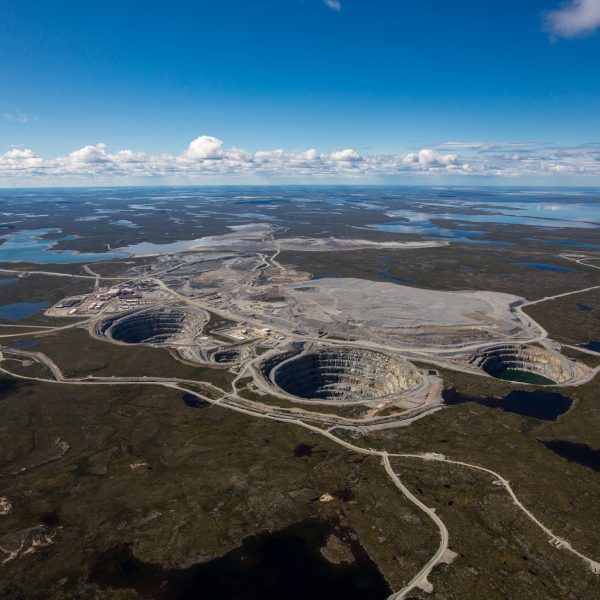 The Washington Companies calls itself “a group of privately held North American mining, industrial, and transportation businesses founded by industrialist and entrepreneur Dennis R. Washington.” Washington, 82, was ranked by Forbes as the 83rd richest person in America in 2016, with a net worth of $5.8 billion.

But in a statement, Dominion seemed unimpressed, both by the bid and by the way it was offered, complaining its outreach was “generic” and “boilerplate.”

“[Washington Companies] does not have experience in the highly specialized diamond mining and marketing industry,” said the statement. “[Washington Companies] also advised that they did not have any unique plans for the business.… The board considered the expression of interest to be opportunistic, and believes that it does not recognize all of the value in the company under its current business plan.”

While the two sides did enter takeover talks, Dominion balked at the preconditions requested by Washington Companies.

The prospective buyer “continues to demand, as a condition to any discussions, a lengthy period of exclusivity, as well as the ability to veto the board’s choice of new CEO,” said Dominion’s statement. “[Washington Companies] has also refused to accept a customary form of standstill that would restrict it from using the confidential information to acquire control of [Dominion]. These conditions would frustrate [Dominion’s] ability to establish its senior leadership, would prevent Dominion from pursuing other value-creating opportunities, beyond the company’s current business plan, and would leave [Washington Companies] free to lower its preliminary, highly conditional expression of interest or take advantage of [Dominion’s] confidential information to further its own interests through a subsequent ‘cashless takeover.’ ”

For its part, Washington Companies says that it’s “disappointed” with the board’s reaction to its bid but still says it’s “fully committed” to a takeover.

Washington Companies also billed itself as an ideal new owner for Dominion, saying it “has a deep understanding of the sector, a long-term view, and permanent capital to invest in the business over multiple decades.”

In 2015, Dominion disclosed that it had hired financial advisory group Rothschild & Co. to explore its options, including a sale.

Dominion owns the Ekati mine (pictured) and markets 40 percent of the production from the nearby Diavik mine.