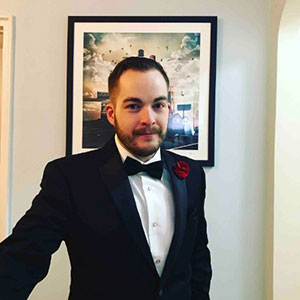 The Diamond Producers Association has appointed Grant Mobley to be its U.S. trade lead.

Mobley has more than 13 years of experience in the jewelry industry, encompassing the retail, manufacturing, and sourcing sectors. He most recently led sales for the Pluczenik Diamond Company. According to LinkedIn, he also worked for Simply Diamonds and cofounded J. Grant & Co.

In this newly created role, Mobley will work with retailers and other industry stakeholders to help them take advantage of the DPA’s “Real is Rare. Real is a Diamond” platform. He also hopes to increase trade input into the campaign.

Mobley has previously been quoted about diamonds in such publications such as Buzzfeed, Brides, Cosmopolitan, W Magazine, and Elle.

The Diamond Producers Association is an international alliance of the world’s leading diamond mining companies, who together represent the majority of the world’s diamond production. It aims to protect the reputation of the industry and to promote diamonds as a category.

“The addition of Grant, an experienced diamond expert, to the DPA creates an important link to the industry,” said Deborah Marquardt, DPA chief marketing officer, in a statement. “The depth of his knowledge, industry expertise, strong retailer relationships, and passion for diamonds will be instrumental as the ‘Real is Rare’ platform continues to grow and evolve.”