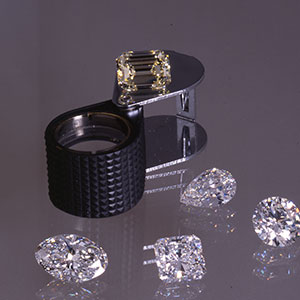 Global diamond jewelry sales grew 4 percent in 2018, to reach a new record of $85.9 billion, according to statistics provided by Alrosa, the Russian diamond producer.

That’s a slower rate than the 5 percent growth logged by diamond jewelry sales in 2017, the miner admitted, due to the slowdown in key consumer markets over the last year.

In the first half of 2018, diamond jewelry sales did jump a healthy 6 percent, thanks to increased demand in key consumer markets. In the second half, consumer demand in non-dollar countries slowed to 2 percent, in part due to the weakening of the U.S. dollar, the miner found.

Diamond jewelry sales in North America, which accounts for more than half of the global diamond jewelry market, did show consistently high grow rates through the year, rising 4 percent over the last year.

Sales in Asia—which includes the Southeast Asia and India and accounts for one-third of all diamond jewelry sales—grew by a higher rate than North America in the first half, but in the second half it slowed to 1 percent, as the economic situation in the region deteriorated.