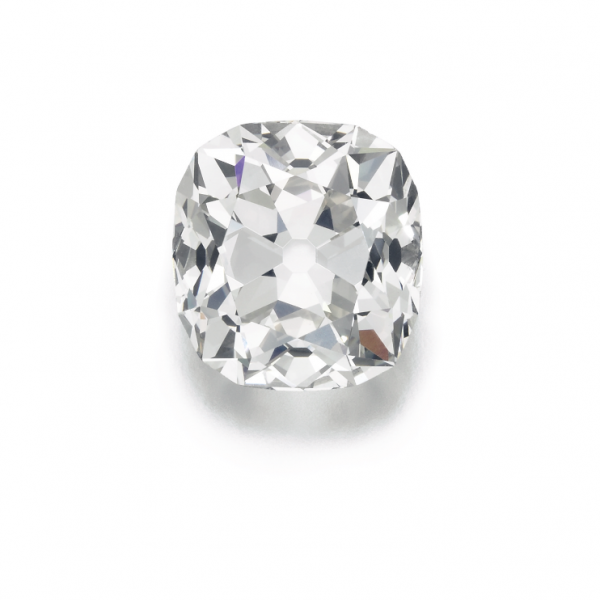 A diamond purchased for £10 at a “car boot” sale—the U.K. equivalent of a flea market or garage sale—is expected to fetch as much as $450,000 at a Sotheby’s auction in London on June 7.

The owner bought the 26.27-ct. diamond at a sale at West Middlesex Hospital in Isleworth, West London, 30 years ago, believing it was a piece of costume jewelry. She wore it every day while shopping or doing chores.

“No one had any idea it had any intrinsic value at all,” Jessica Wyndham, head of Sotheby’s London jewelry department, told the BBC. “The majority of us can’t even begin to dream of owning a diamond that large.”

When the owner asked Sotheby’s to appraise it, she was shocked when it turned out to be a cushion-cut diamond that GIA graded I VVS2. It is expected to fetch between $321,000 and $450,000.

Wyndham notes the woman was fooled because of the ring’s dingy mounting and 19th-century shape.

“With an old style of cutting, an antique cushion shape, the light doesn’t reflect back as much as it would from a modern stone cutting,” she said. “Cutters worked more with the natural shape of the crystal, to conserve as much weight rather than make it as brilliant as possible.”