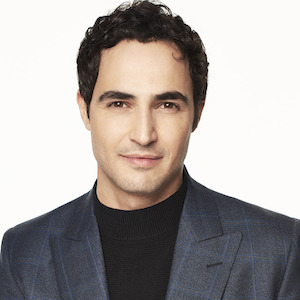 Zac Posen (pictured), the designer and Project Runway judge whose engagement ring collection was sold by Blue Nile, is shutting down his fashion line, House of Z, according to reports in Vogue and Women’s Wear Daily.

According to Vogue, Yucaipa Companies, the private equity firm headed by Ron Burkle, had been trying to sell its stake in the designer’s company since April. But following a “comprehensive strategic and final review of the business,” the company’s board decided to close its business and lay off its 60-person staff.

“I’ve been personally trying to find the right partner for some time,” Posen told Vogue. “But time ran out, and the difficult climate out there…it’s not an easy time in our industry.”

The announcement came one day after Barneys New York, the noted retailer that had been an early supporter of Posen’s, was sold to Authentic Brands Group following a bankruptcy filing. That sale will likely lead to the closure of most of Barneys’ stores.

Other than his appearances on Project Runway, Posen was best known for his dresses, particularly his bridal gowns, which became celebrity favorites. He first started designing for Blue Nile in 2014 and introduced two lines, Truly Zac Posen engagement rings and bridal bands, and contemporary fashion brand ZAC Zac Posen. His items are still sold on the Blue Nile site.

The designer wrote on Instagram that “I want to express my appreciation to our extraordinary team and for all those who have stood by me and the brand. I owe a great deal of gratitude for their unwavering support for and dedication to the Company. I am grateful to the team who lent their incomparable talent and commitment along the way. I remain incredibly proud of what we created and hopeful for the future. Love ZP.”