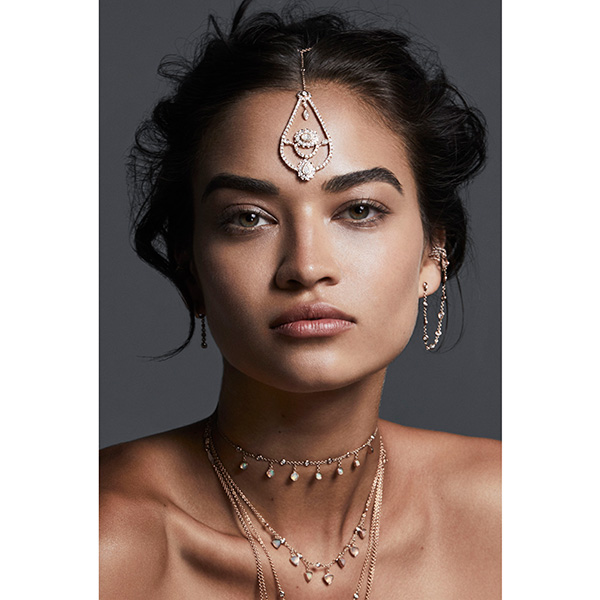 I remember the first time I saw a collection by jewelry designer Jacquie Aiche. It was over a decade ago, and I was visiting the cramped offices of a busy fashion PR firm in the all-business neighborhood of Westwood in Los Angeles.

Tucked up on a shelf in a corner of the bustling office were Aiche’s first-ever offerings: the confident-feeling leather-and-stone amulet necklaces she dubbed Blesslev (which still live in the collection).

I remember being struck by how brazenly bohemian the pieces felt; this was before boho-chic had really landed in L.A., or anywhere else for that matter.

I also had a hunch that consumers would be attracted to the personal nature of what were essentially ancient-style protective talismans. Looking back, Aiche was ahead of the curve on the personalization trend, too. 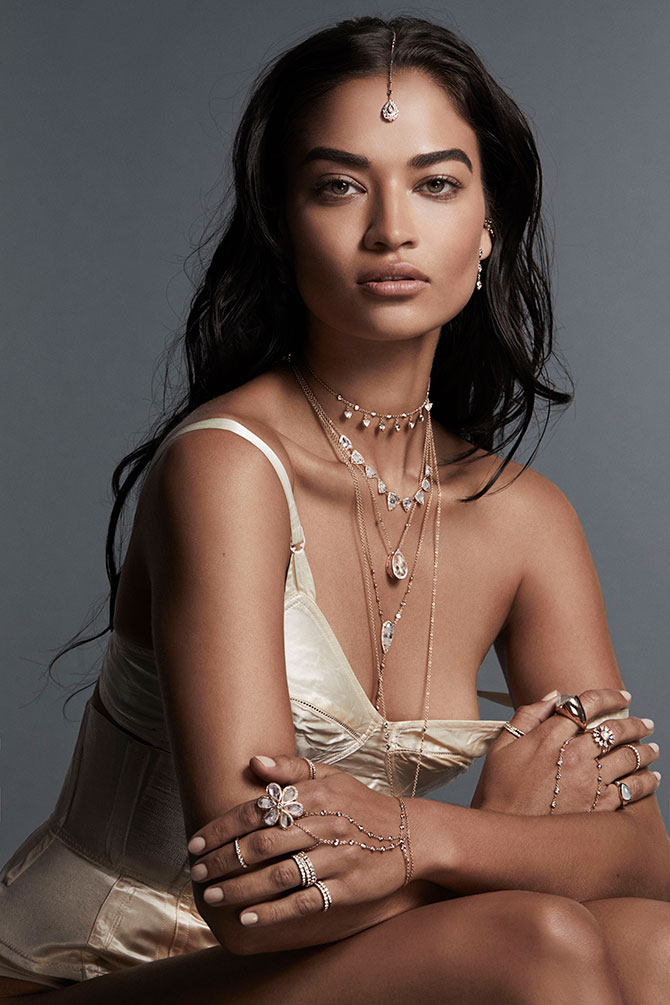 Of course, the line has gone increasingly upscale since then and is a firm favorite with L.A. celebrities and affluent urban women enamored with the designer’s hippie-luxe glamour.

But Aiche’s approach to design hasn’t changed much. Whether she’s designing with leather or creating a decadent gem-studded body chain, her aesthetics are rooted in the bohemian—infused with both Middle Eastern and Native American design hallmarks.

So it makes perfect sense that her latest pieces are a trio of bejeweled headpieces that look like they could have been snatched off the forehead of a Moroccan princess. Is there a jewelry item in existence that feels more free-spirited?

The brand enlisted stunning model Shanina Shaik for a campaign centered around the diamond-studded headpieces, which are fabricated in 14k gold and inlaid with diamonds.

“Headpieces have been worn throughout history by women of all cultures, particularly by royals,” said Aiche in a company statement. “The beautiful and powerful seductress Cleopatra always wore headpieces to allure and captivate. I wanted to give new strength and energy to this tradition in a modern way.”

(All images courtesy of Jacquie Aiche)