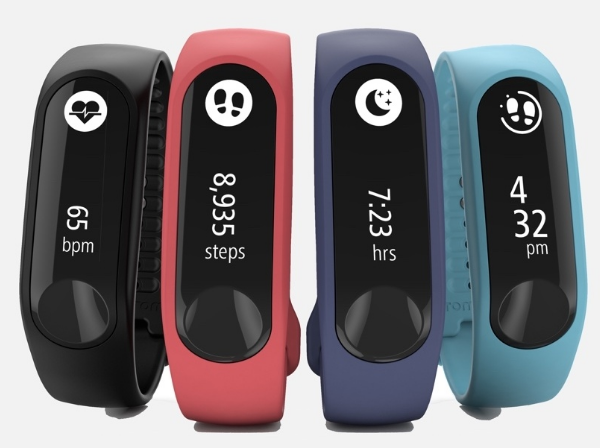 The Touch Cardio tracker has an optical heart rate monitor

And the sport-focused device is essentially a cheaper, less feature-filled version of its predecessor, the Touch Fitness Tracker.

The brand’s first tracker, the Touch Fitness featured a body composition analysis feature—an ambitious function for a wrist tracker that was met with mixed reviews. This time out, the company has dumped the body comp analysis but has held on to the original device’s robust activity and sleep tracking.

The Touch Cardio, which will be released globally in March, also includes an optical heart rate monitor and the ability to get phone and text notifications. The brand’s newly redesigned smartphone app, which collects and collates all this information, includes the ability to share data with other users.