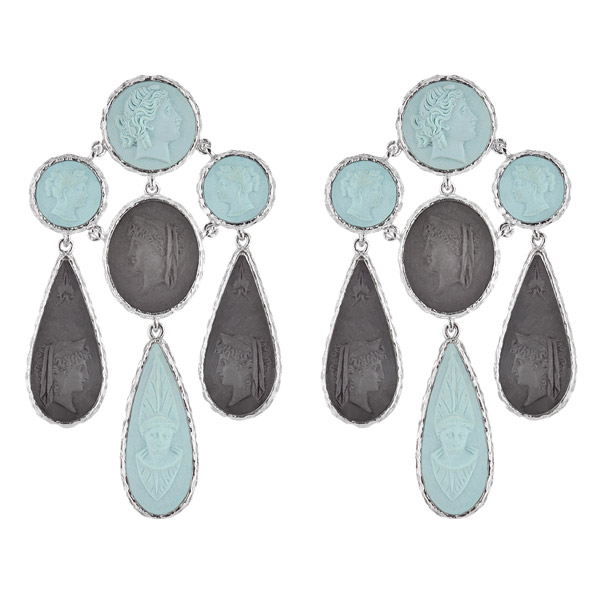 I wrote about Cameo & Beyond a couple of times prior to JCK Las Vegas this year, as the jeweler was due to exhibit for the first time at the 2019 show. I had fairly limited information about the jeweler, aside from a few photos, tidbits of its history, and a short Q&A with its owner, Francesco Paolo Paolillo.

When I encountered the brand in the Design Center at this year’s show, I was blown away. Bells and whistles went off in my head to the tune of, “Want! Want! Want!” as I looked over each piece in the booth’s showcases.

I got to chat with Paolillo more, too, and learned quite a bit about the history of his family’s business. The cameo business had been in the family for years—since the late ’70s—but when his father passed away, its future was left uncertain, and the company stopped being active in the late ’90s.

Paolillo didn’t know much about making cameos, but wanted to continue his family’s legacy—luckily, his sister Margherita knew a thing or two about the process.

But the two wanted to do more than just create cameos—it used to be that the company was a vendor of solely the cameo pieces, not finished jewelry.

Enter the “Beyond” in Cameo & Beyond, and the addition of Paolillo’s wife, Soraya, as a designer of finished jewelry. The jeweler began its reinterpretation of the cameo, too, making it in porcelain rather than the traditional shell or bone. Though the company was just established in 2016, its history has been in the making for a long time—new, but not really new at all, as Paolillo told me. Cameos for a new era—but with something for everyone.

As for its offerings, I was equally impressed by all of them. First, it was a pair of earrings that caught my eye—”Oh, I must have those.” Then, it was a bracelet—”I must have that.” Soon a succession of other goodies came at rapid pace, until I felt like I couldn’t really choose a favorite at all.

Now, it’s your turn—your customer’s turn—to decide. For someone who falls hard for this line, I think a budding collection may be in the works.

Top: Profile of Women in Ancient Rome earrings in sterling silver and porcelain, $750