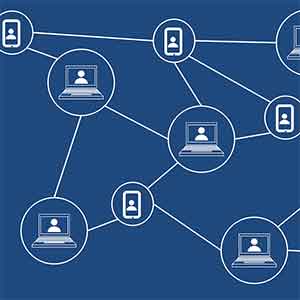 Three weeks ago, De Beers went public with its plans for a blockchain for the diamond industry. By all accounts, it’s impressive technology. But it’s less clear what it plans to do with the tech.

De Beers has called this technology a game changer, which may solve a range of problems of the industry. The main benefit of blockchain: It provides a strong, immutable data chain that is available to all participants and can be instantly updated. In addition to creating greater transparency through the supply chain, one can imagine a variety of applications, from providing a better and cheaper way to track diamonds in a factory to avoid theft, to offering a more secure way to finalize deals through “smart contracts.”

De Beers says that the use of its technology will be governed by an independent foundation comprised of industry members. It believes that companies will eventually develop apps which will operate on top of its platform, like people do with iOS on the iPhone.

In its presentation to the trade in New York City in January, most of the talk was about how De Beers’ blockchain for diamonds will provide much-needed transparency for the industry. But that’s not something that every member of the trade wants, and it’s an open question whether there’s a business case for it.

It could have benefits on a consumer level, too, though to be fair the data on whether consumers truly care about where their diamonds are from is mixed. The diamond industry is a bit exceptional in that there was a blockbuster movie devoted to its sourcing issues.

Certainly e-tailer Brilliant Earth—which is involved in its own blockchain plan (more on that in a bit)—has proved that many consumers do want to know a diamond’s source. In addition, rivals James Allen and Blue Nile both offer Canadian diamonds. They aren’t doing that because consumers like maple leaves. Source verification is an important part of the marketing for many lab-grown diamonds.

And then there are governments. If, say, the Office of Foreign Assets Control (OFAC) all of a sudden wants proof that diamond people are not buying from sanctioned individuals, then a blockchain-backed transparent supply chain might be useful. Granted, that’s not likely to occur. But it’s technology that the industry might want to keep in its back pocket should the need arise.

Whether all this changes the game, of course, remains to be seen. In the meantime, if, like me, you are still trying to wrap your head around blockchain, I recommend this primer.