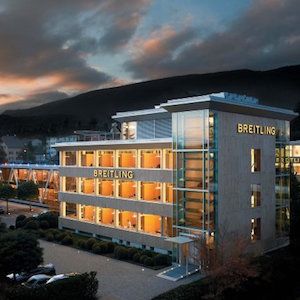 Watch company Breitling will not exhibit in next year’s Baselworld watch fair, due to issues with the show’s shift in dates.

Last month, Baselworld announced that, beginning next year, it would shift its dates to later in April so the show can take place on the heels of rival Salon International de la Haute Horlogerie (SIHH).

In a statement, Breitling CEO Georges Kern said the new dates “cannot be reconciled with our scheduling.”

Instead, the company will concentrate on holding an annual summit with a traveling road show.

Yet, in contrast to Swatch Group’s acid-laced kiss-off last summer, Breitling’s statement was relatively supportive of the fair—at least the 2019 version.

“We would like to emphasize that the extensive innovations developed and implemented by Baselworld’s management under [managing director] Michel Loris-Melikoff in such a short time frame have had a positive impact and can lay the foundation to take Baselworld in a new direction in the future,” said Kerns.

Kerns said Breitling had a “successful” show this year and did not rule out returning in 2021.

A minute after Breitling sent out its statement, Baselworld responded with one of its own, saying it “very much regret[s]” the action and stressing it maintained “excellent rapport” with the watch company.

“The path Breitling is taking to present the brand as an experience is perfectly in line with our strategy of transforming Baselworld into an experience platform,” said Loris-Melikoff in the statement. “That’s why we jointly strove to integrate the Summit into Baselworld. In the end, no agreement was reached because the end of April date set for Baselworld 2020—from April 30 to May 5—was too late for Breitling.”

It noted that Rolex sister brand Tudor will have its own booth at Baselworld next year.

“This is a strong demonstration of confidence in the successful future of Baselworld,” said Loris-Melikoff.

Baselworld has struggled to regain its relevance following the departure of Swatch Group last year—which CEO Nick Hayek recently indicated was permanent. The 2019 edition drew only 500 booths, down from 600 the prior year, and a substantial drop from the more than 2,000 booths the show booked at its peak.