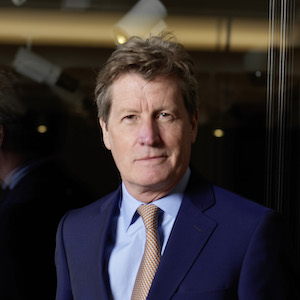 Matthew Girling (pictured), the 23-year Bonhams veteran and jewelry expert who has served as the auction house’s global chief executive officer since 2015, is stepping down from the role, the auction house announced Thursday.

Vinciguerra first joined the London-based auction house in September 2018, following its acquisition by private equity firm Epiris Fund II. Prior to that, he served for eight years as chief operating officer at rival auction house Sotheby’s, and before that he held senior roles at Dell, Walt Disney Co., and Bain & Co.

According to a 2015 Bonham’s profile, Girling’s very first job was at a jewelry store.

“I have always felt a connection with jewelry,” he said. “My ne’er-do-well grandfather mined sapphires in Australia, only to gamble away the fortune he made. His one legacy was a passion for stones, and I have spent my life working with them.”

Even after becoming the company’s global CEO, “I don’t think a day goes by when I don’t handle jewelry,” he said. “Even though I am making decisions about the strategy of a company that employs more than 700 people worldwide, I think it is very important to have a connection with the fundamentals of what we do. I understand the business from the bottom up.”

In 2018, Jean Ghika took on the role of global head of jewelry, and Girling was named chairman emeritus of the jewelry department.

In a statement, Girling said, “I am proud to have led a management team that successfully attracted new investors into the business. Compared to the company I first joined, Bonhams has changed beyond recognition, becoming an international forward-thinking art auction business.”