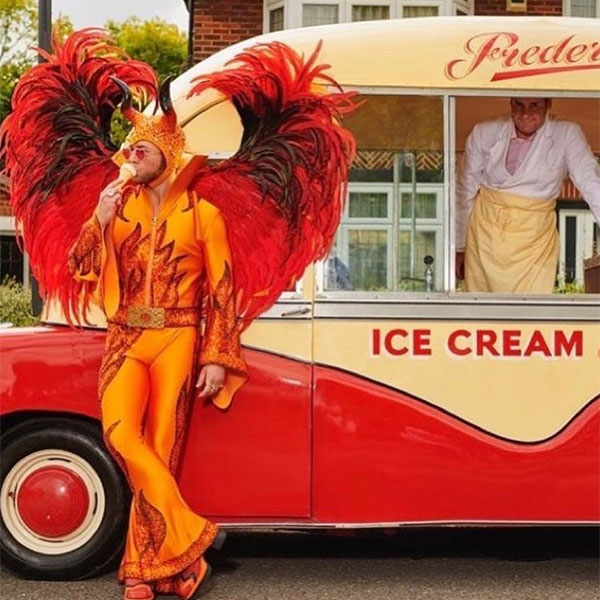 We don’t yet know who’s winning an Oscar (we’ll be tuning in Sunday night to find out), and many of the films highlighted in this post weren’t even nominated.

But here’s what these 2019 films have in common: They’re all great “jewelry movies,” with the exception of Uncut Gems because love it or hate it, the JCK audience is fully in the loupe.

I honestly can’t think of a better way to pregame for the Oscars proper, so to create this list, I turned to Laurie Brookins of Screen Chic, a new media brand focusing on all things fashion and film, including jewelry.

Brookins’ particular métier is classic film, so her site is a source for tributes to legendary costume designers, couturiers, and Hollywood photographers, addictive quizzes to test your fashion-in-film chops, breaking alerts to celebrity auctions, costume exhibits, and big-screen revivals playing near you.

Encyclopedic knowledge of classic film and fashion history tidbits aside, Brookins is also a career fashion journalist and stylist who writes regularly for The Hollywood Reporter and has contributed to Town & Country, Ocean Drive, and a number of regional luxury lifestyle publications. So if anyone was paying attention to the jewelry that showed up on-screen in 2019, I knew Brookins surely was, taking notes and conducting interviews.

Below, Brookins’ “nominations” for the best jewelry films of 2019. Her top five include many I haven’t seen, but her commentary has set my interest aflame and now I simply cannot wait to devour them. (Spoiler: Margot Robbie was wearing actual jewelry owned by the late Sharon Tate in Quentin Tarantino’s Once Upon a Time in Hollywood!) Not sure how this detail didn’t find its way to me until now, but that’s why Brookins is the expert….

Once Upon a Time in Hollywood

“Costume designer Arianne Phillips was nominated for her work in this 1969-set Quentin Tarantino film, and she indeed excels in capturing the mood of Los Angeles in this moment. Leonardo DiCaprio wears pinky rings and necklaces that a stylish star of that era would wear. Phillips worked with L.A.-based jewelry designer Stuart England on some pieces—while for Margot Robbie as Sharon Tate [shown above], the jewelry was both of-the-moment and understated, much like Tate’s own style. The most poignant fact of the pieces Robbie wore is that some had once been owned by Tate: The late actress’s sister, Debra Tate, had given her blessing to Robbie playing the role and loaned the pieces to the production as a sign of her approval.”

“Audiences eager for Downton Abbey’s return with a big-screen sequel weren’t disappointed, especially fans of the series’ costumes. The central plot point, a visit to the titular manor by King George V and Queen Mary, meant that costume designer Anna Robbins could pull out all the stops with the formal looks needed. That extended to the jewels seen in the film: not only a reproduction of Queen Mary’s famed Vladimir tiara from 1874, complete with the 15 emerald drops the queen had added to the tiara after she acquired it in 1921, but also the vintage diamond tiaras worn by Elizabeth McGovern [shown above], Laura Carmichael, and Dame Maggie Smith, all dated between 1880 and 1910 and loaned by London-based jeweler Bentley & Skinner.”

“A central role of a film’s costumes is to capture not just a story’s era but also the flavor of its theme, and that’s certainly true of Hustlers, a story that delves into the highs and lows of excess. With costumes designed by Mitchell Travers, the women in Hustlers define the success of their nefarious plans through the things they buy and how they adorn themselves, and in addition to name-checking brands like Gucci and Christian Louboutin, jewelry plays a central role in that idea. Here, the yellow gold is either piled on or just really prominent, from Jennifer Lopez’s nameplate hoop earrings to the “sexy” choker or multiple bangles worn by Constance Wu [both actresses are shown above], the resulting look effectively communicates  that everything is just a bit much.”

“It’s a shame that costume designer Jany Temime wasn’t nominated for her work in Judy; she does such a great job at capturing the late-’60s look of Judy Garland, both onstage and off. That extends to the jewelry, especially the vintage button earrings you see Renée Zellweger [shown above] wearing throughout the film. In interviews, Temime has talked about how this independent film ran on an incredibly tight budget, so she looked to a close resource for accessories, using the vintage jewelry, as well as silk scarves by Hermès and Dior she had inherited from her late mother.”

“How do you reproduce the high-profile looks of a man known for his love of adornment? You secure the services of a jeweler that excels in craft, color, and a sense of whimsy, and that’s what costume designer Julian Day did when he reached out to Chopard to provide the jewels for Rocketman, the Elton John biopic. As the legendary singer/songwriter, Taron Egerton [pictured at top] conveys how Elton embraced both his newfound wealth and the onstage character he had created, and the pricey Chopard jewels he wears—brooches, oversize diamond pendants, earrings from the jeweler’s Happy Hearts collection—also reflect that.”

Top: Rocketman is a biopic centered on the life of Sir Elton John. The film has received one 2020 Oscar nomination—for best original song. But Screen Chic is giving it rounds of applause for incorporating heaps of Chopard jewelry, and we’re 100% in agreement (image via: @paramountpics).