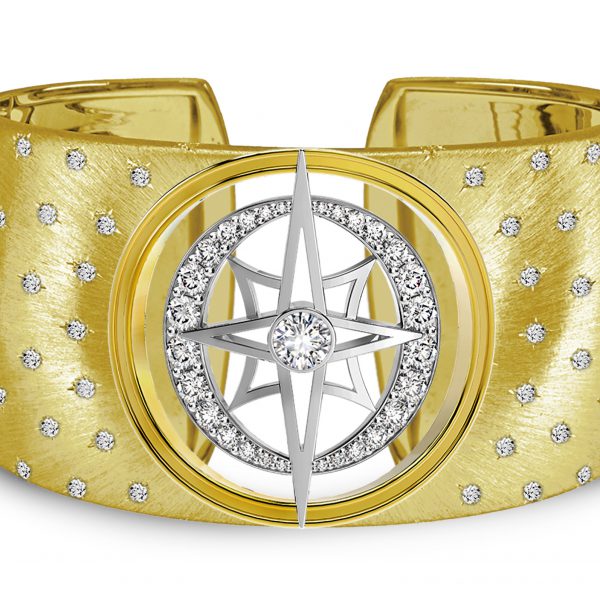 Highlights from a week in the eye of the Oscars storm

I live in Los Angeles, walking distance from the Dolby Theatre, where the Oscars have taken place every year since 2002. But I never get caught up in the hoopla over awards season. Well, almost never. This year blew my mind.

From catching a sneak peek of the Oscar greenroom, where the stars relax before going onstage, to ogling a house full of Forevermark diamond jewels bound for the red carpet, to nabbing a front row seat at the Film Independent Spirit Awards on Saturday, the things I got a chance to see and do last week reminded me of all the fabulous ways in which my jewelry and watch connections keep on giving.

The Greenroom Designed by Rolex

Did you catch the 60-second Rolex commercial at the start of the 89th Academy Awards? It’s a montage of clips showing iconic actors wearing Rolexes on-screen, and it’s pretty epic (not least because the actor Bill Paxton, who died unexpectedly on Saturday, makes an appearance).

For the second time, Rolex, a first-time sponsor of the Oscars, designed the greenroom, the loungy space backstage where Meryl Streep, Matt Damon, and friends chill out before and after accepting their Oscars. I was invited to see it last Wednesday.

Roughly 1,000 square feet in size, the long and plush room is decked out in the brand’s gold, green, and bronze color scheme. Conceived and built by a four-person team from Switzerland, the decor—from the green velvet armchairs to the pretty yellow roses—evokes Rolex in subtle, luxurious ways. The chandelier, for example, features a design inspired by Rolex’s signature fluted bezel.

The room’s coolest feature was a large horizontal window with an image of a lush green forest that gave the narrow space a serene, nature-loving vibe. But I also adored the books on the shelves (great coffee table–size tomes on subjects ranging from Art Deco to Le Corbusier) and the framed movie stills on the walls, most of them depicting iconic figures wearing, naturally, Rolex. All of it—the commercial, the design, the sponsorship—was done with exceptional taste. If you’re a Rolex dealer, don’t be surprised when the phone starts ringing!

Forevermark is a veteran of the awards show circuit. Every year, the brand commandeers a space to show its jewels to stylists and press in advance of the Oscars. This year, that space was an entire glass-walled house in the hills above West Hollywood.

The wattage on display was out of this world. Don’t believe me? Get a good look at the $2 million fancy vivid yellow diamond earrings by Julius Klein Group below. They’re 15 cts. each!

What I loved about the pieces Forevermark brought to town was that most of them had great big diamonds as well as a high design quotient. A special collection from the Forevermark team in India, dubbed Artemis, featured pieces designed by fashion luminary Bibhu Mohapatra. Check out a few of the jewels I swooned over below!

A ring from the Forevermark Artemis collection designed by Bibhu Mohapatra

Every year since 2009, I’ve been lucky enough to get an invite to the Film Independent Spirit Awards, thanks to my friends at sponsor Piaget. For my first time at the event, which takes place on the Santa Monica beach the day before the Academy Awards, I was seated at a table that happened to be positioned behind the show’s big winner, Mickey Rourke (he picked up the best actor award for The Wrestler). My face was plastered all over that year’s broadcast.

This year, I nearly had a panic attack when I realized that my seat was so close to the action that it was practically on the stage. For the love of God, Matt freakin’ Damon was sitting just one table away!

My sister, Julia, and my boyfriend, Jim, were watching the broadcast from home and kept seeing me on the screen. “Put down your phone!” Jul texted me. “We can see you texting!”

Actress Kate Beckinsale looked ravishing in red at a Piaget party in the Hollywood Hills on Friday night (photo courtesy of Piaget).