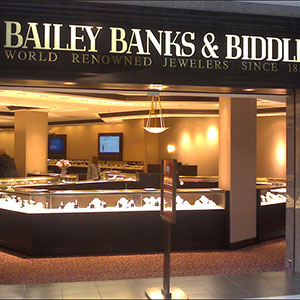 The Chapter 11 filing of Bailey Banks & Biddle—often called one of America’s oldest and most prestigious jewelers—should be converted to a Chapter 7 liquidation, the City of Houston and the Spring Branch Independent School District argued in court papers filed last week in Southern District of Texas bankruptcy court.

The chain, whose roots date back to 1832, has one store in Houston, according to its website. It began the year with five.

In their Nov. 8 joint motion, the city and school district argued that parent company BBB Group, which filed for Chapter 11 on Nov. 6, has “no meaningful chance” of survival.

According to the motion, at a Sept. 20 mediation to settle the tax debt, BBB representatives said that its “bank account had been frozen by the Texas Comptroller of Public Accounts, that the Debtor was a half-month behind on its rent at the [Houston] location, and that the Debtor was in the process of obtaining funds via wire transfer from investors in Dubai and Hong Kong.”

That money did not arrive, the motion said, and while BBB did make an initial payment of $17,500, that fell short of the $21,500 that was agreed to. BBB also failed to make additional payments, it said.

On Nov. 1, Harris County executed a tax warrant that seized a substantial amount of BBB’s inventory, according to the legal filing.

“The Debtor’s petition reflects that its estimated assets are between $0–$50,000,” said the motion. “Based on the extreme disparity between the secured tax claims listed…and the Debtor’s statement of the value of its assets, it is clear that 1) the Debtor has no equity in the property of the estate, 2) that there is not a meaningful chance for rehabilitation or reorganization.”

At press time, BBB Group had not filed a response. It has 21 days to do so. Its attorney declined comment to JCK.