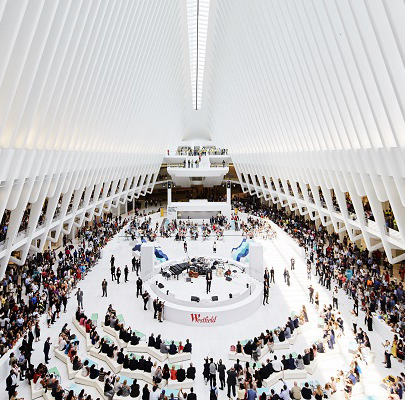 It has become an article of faith that mall traffic is down, from Signet to  Victoria’s Secret to Gap. And while it’s hard to get solid data on this­—ShopperTrak told me it longer offers it—no one doubts traditional shopping malls face tricky days ahead.

The most immediate problem: Big anchor tenants like J.C. Penney and Macy’s are closing hundreds of stores. According to real estate company CoStar, nearly a quarter of U.S. malls risk losing their anchor store.

That’s a huge problem, because once those big tenants leave, they are hard to replace. One retail analyst predicts that one-third of U.S. malls will close their doors in the coming years. Some Wall Streeters are now actively betting against loans taken out by shopping center operators, according to Bloomberg.

The main culprit here is, of course, the growing power of online. Malls became dominant because they offered a wide variety of products under one roof. But now shoppers have the equivalent of a shopping mall—even hundreds of malls—on their phone. And with teens increasingly “hanging out” on social media, they no longer have to spend their afternoons gathering at the mall.

In a way, this represents history catching up with us. America has long been considered “over-malled.” We have 2,353 square feet of shopping center space per 100 people, nearly double that of any other nation, according to CoStar. This shakeout has been a long time coming.

Malls have tried to combat traffic drops through a variety of measures—some not particularly praiseworthy, like tracking consumers who sign on to their Wi-Fi. But mostly, they are diversifying, reaching out to nontraditional tenants like doctor’s offices, dry cleaners, and grocery stores. Some are beefing up their entertainment options, like laser tag and carousels, turning themselves into de facto amusement parks.

As one veteran retail executive told The Washington Post, “There’s a mall in Palm Beach with two or three schools in it, a synagogue and newspaper publisher in it, and a place where you can buy a cup of coffee and doughnut. There’s not a single retail store in it.”

New malls are still being built, but many of them—like New York City’s Westfield World Trade Center, aka The Oculus (pictured), located adjacent to JCK’s new offices—are notable for being attractions in themselves.

In a way, malls are getting back to being central meeting places, which is how they were originally envisioned. (The inventor of the mall was a socialist, who dreamt they would function as European-style meeting places. He died disappointed.)

But as far as traditional retail centers, we are seeing a stratification of the market. Just like the U.S. economy is breaking down to the 1 percent and everyone else, so it is with malls. Green Street Advisors notes that despite the rise of e-commerce, the value of top-rated “A” malls has actually increased in recent years. A lot of the rest, however, could struggle, and some may not be long for this world.