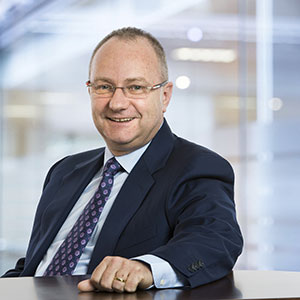 Mark Cutifani, CEO of Anglo-American, the 85 percent owner of De Beers, surprised attendees at De Beers’ recent Business Excellence Seminar when he said he would buy a lab-grown diamond for his daughter, three sources in attendance told JCK.

Cutifani, who is also chairman of De Beers, added that his wife would prefer a natural stone.

His seemingly impromptu comments, in front of an audience with the world’s major diamond manufacturers, seemed to have hit a sour note with at least some of the attendees, as he later clarified that his daughter would like a mined stone as well.

James Wyatt-Tilby, group head of corporate communications for Anglo-American, tells JCK: “I think Mark was probably illustrating the distinction between the somewhat cheaper, more casual, fashion accessory offered by the laboratory-grown Lightbox range, compared with the rare and unique characteristics of a natural diamond and what that signifies.”

One attendee agreed with this, saying that he didn’t feel the comment was a big deal, as Cutifani was making the point that natural diamonds were not “cute” or “fun,” so he considered them a more appropriate gift for his wife than laboratory-produced stones.

Wyatt-Tilby adds: “I’m afraid that I don’t know the context of the comment, as it may well have been said in conversation or as an impromptu comment in his speech.”

(Indeed, video of Cutifani’s remarks was not included in materials later distributed to attendees, although they received videos of other speeches at the conference.)

Still, the reaction in some quarters to the remarks illustrate the ongoing discomfort some in the natural business have with De Beers’ decision to enter into the lab-grown gem market with its Lightbox brand.

Lightbox, a fashion jewelry line that features blue, white, and pink lab-grown diamonds priced at $800 a carat, will start selling online in September.