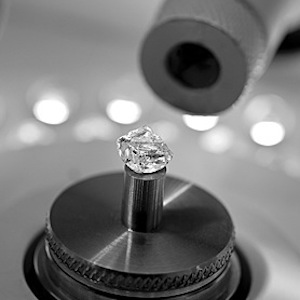 Nine De Beers sightholders, all clients of the Gemdax brokerage, have committed to working toward making their manufacturing operations carbon-neutral.

Anish Aggarwal, partner in Antwerp, Belgium–based Gemdax, says that the companies will work with a well-known external auditor that has done work in the jewelry industry and will judge them by a “rigorous assessment standard.”

He says that there is no current timetable for the companies to hit the carbon-neutral milestone and expects that at least some manufacturers will have to purchase carbon credits to reach it.

“It’s very hard to do this stuff without offsets in practice,” he says. “But the goal is to get to a place where the manufacturers use less carbon. Are there opportunities to use less fossil fuels and switch to renewable fuels?”

“Consumer behavior is changing, and we are seeing that they are becoming more environmentally conscious, including millennials, Generation Z, and consumers across all age groups,” he says. “And once they come carbon-neutral, we do feel it will be a competitive advantage. We think, all things being equal, consumers will prefer diamond companies that are working toward carbon neutrality. We felt it was important to get the midstream on board and make carbon neutrality part of the narrative.”

These are not the only jewelry companies interested in carbon neutrality. Charm manufacturer Pandora has  committed to becoming carbon-neutral by 2025. Lab-grown diamond producer Diamond Foundry has been certified carbon-neutral by Natural Capital Partners.

Top: A diamond being cut at H Dipak & Co., a fancy-cut manufacturer and specialist based in Mumbai, India (image courtesy of Gemdax)