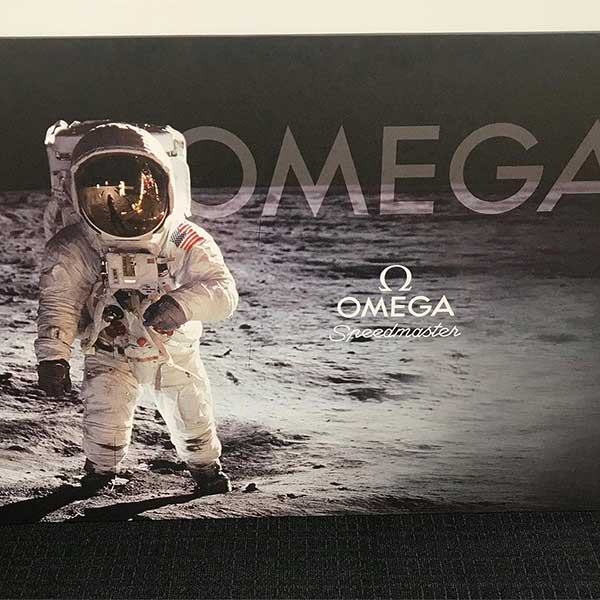 The arrival of a new pavilion dedicated to estate jewelry and watches at this year’s JCK Las Vegas has us champing at the bit in anticipation of what this gathering of prestigious dealers may be packing. You, too?

If vintage watches are your priority, you may be shopping with a specific client’s wish list in mind or trying to round out your current collection with exceptional finds. You may or may not have a handle on the models that are most in demand—the market is so niche, with the tiniest details determining a vintage timepiece’s rarity and perceived value, that it can be a challenge to stay on top of it all.

So, what are collectors craving? We put the question to Hamilton Powell, founder of Crown & Caliber, a top online marketplace specializing in preowned luxury watches (we recently reported on their trade-in program in collaboration with Jared The Galleria of Jewelry).

Below, five sought-after models that will appeal to both the seasoned watch enthusiast and the recent convert looking to acquire a sound investment with an intriguing backstory.

The oldest and rarest versions of the pictured watches fall into the holy grail category, but keep your eyes peeled, and you may get lucky.

The treasure hunt begins June 1—see you there! 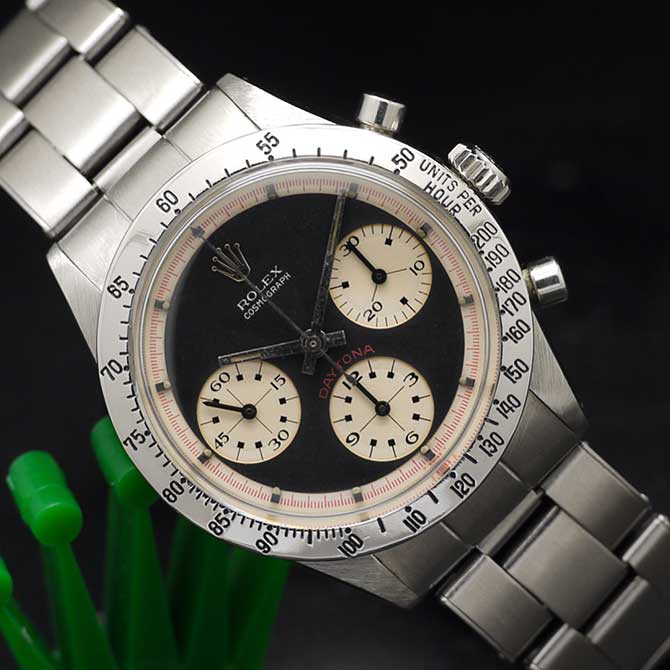 Paul Newman’s Daytona watch was the most expensive wristwatch ever sold at auction, adding an extra layer of prestige and desirability to an already-coveted vintage model. Pay attention to the dial, which should feature Art Deco sub-dial numerals and square-end sub-dial hash marks—this is what differentiates a regular Rolex Daytona from a Paul Newman Daytona. The case, bracelet, and movement are the same for both watches. 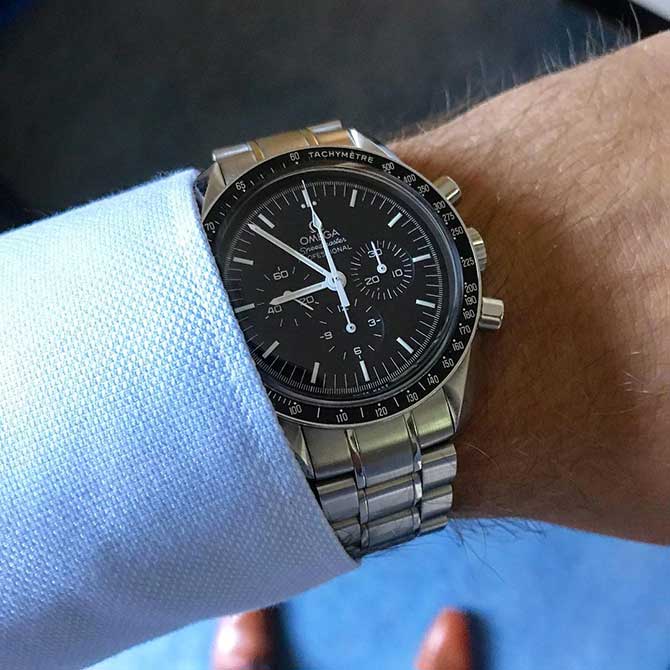 Omega produced the 321 calibre—the type used in Armstrong’s and Aldrin’s Speedmasters—for 11 years starting in 1942. Later Moonwatch models used the 861 or 1861 calibres, which are updated versions of the 321, but they’re more plentiful, making them a lot less collectible. 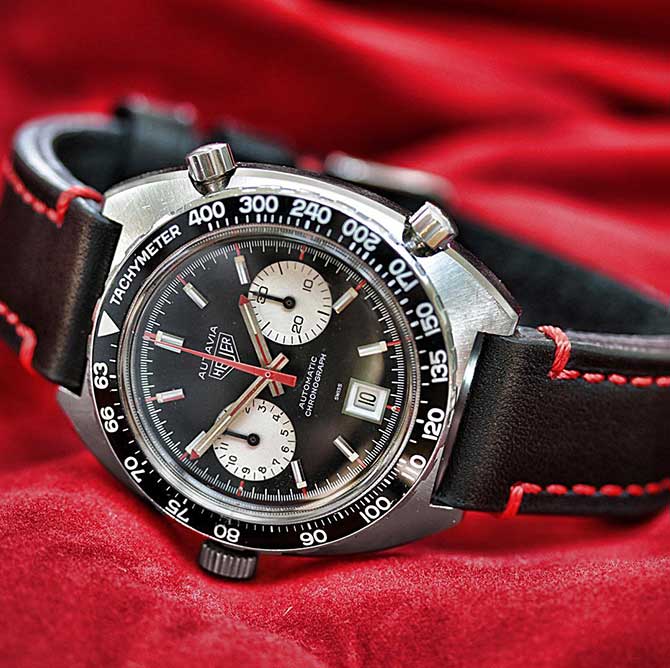 The first Heuer Autavia wristwatch debuted in 1962, and its name is a mash-up of its target markets (automotive and aviation). Why Autavia? Why now? TAG Heuer released a tribute to one of the early Autavias in 2017 (this was the culmination of the Autavia Cup, an interactive campaign launched during Baselworld 2016 that invited the brand’s community of fans, collectors, and connoisseurs to choose the historic model that would inspire the design and components of the next-generation version for 2017). Clearly the resulting publicity and insider chatter among watch enthusiasts has awakened a new awareness, and demand for, all manner of vintage Autavia chronographs. 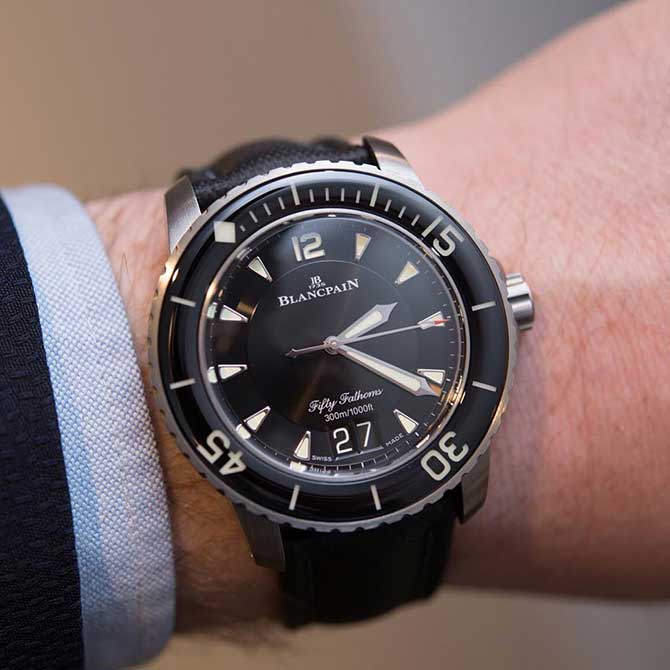 This year marks the 65th anniversary of Blancpain’s Fifty Fathoms, and milestone anniversaries of iconic timepieces tend to ignite, or revive, interest in the model being celebrated. “In the ’50s scuba diving really started to boom, so watch companies began to develop dive watches,” says Powell. “Blancpain’s Fifty Fathoms is arguably the first watch purposely made for diving.” (It, in fact, predates the better-known Rolex Submariner.) Many vintage variations of the Fifty Fathoms watch are available from dealers and at auction; the most covetable of these include Aqua Lungs (made famous by Jacques Cousteau), those with Tornek-Rayville dials that were commissioned for the U.S. military, and those marked with the famous radiation-warning symbol (mid to late 1960s), which differentiate civilian-friendly Fifthy Fathoms from those zoned for military use (the latter used radioactive luminescent materials). 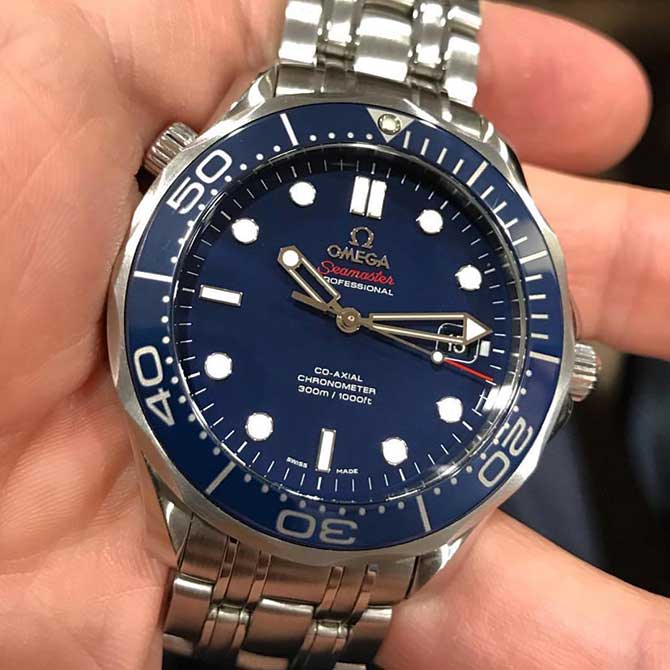 Omega’s answer to the dive watches released by Blancpain and Rolex arrived on the scene in 1957. Called the Seamaster 300, the beloved original model is known to watch enthusiasts as CK2913. “It was produced for only seven years and is rarer than Rolex Submariners made around the same time, yet they are not nearly as expensive,” says Powell. “The thin, coin-edge bezels were made of Bakelite, an acrylic that broke fairly easily, so finding a CK2913 in good condition with the original bezel is very rare.” Of course, you may prefer a flashier James Bond variation from the 1990s.