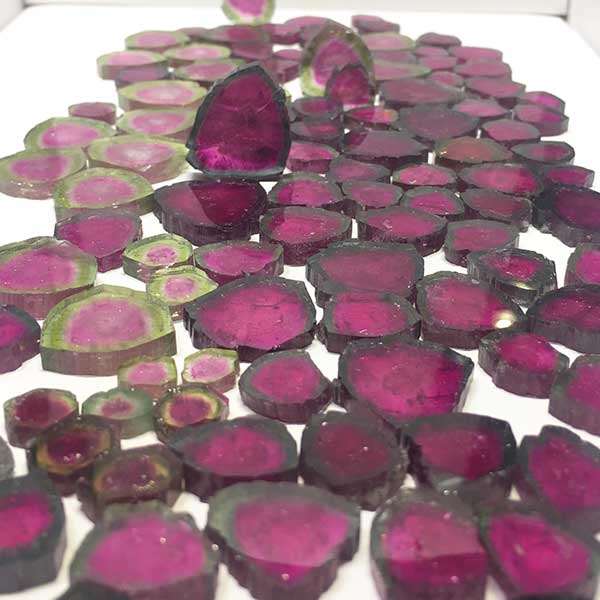 When you’re friends with a major New York City lapidary artist like Robert Bentley, you’re bound to pick up some knowledge about gemstones and minerals. And if you’re a jewelry designer like Hudson, New York-based artist Judi Powers, you know that having access to Bentley’s savant-like command of gems and the gem trade is just one of the many benefits of being pals with him (access to Bentley’s dog, Mickey, is another one).

Powers considers Bentley one of her mentors and, as such, has shadowed him at a handful of trade shows over the last few years. “Every time I walked away from Robert’s showroom in the Diamond District, I felt more knowledgeable, more confident, and more creative than when I’d walked through the door,” says Powers. “I thought working with him at a show would amplify those feelings, and I was right.”

This year, Powers had the opportunity to work as one of Bentley’s employees at AGTA Tucson. For nine days straight, the booth was mobbed with shoppers—if you walked by you’d see Powers helping multiple customers at a time, draped in strands of amazonite, both arms ferrying trays piled with everything from to lapis lazuli to bicolor quartz baguettes to jagged ice-blue aquamarine pendants.

I knew her time in the Bentley Gemstones booth would net her some valuable insights. Read on for her top five tips.

“Right now the majority of studio jewelers want to make unusual pieces with material nobody else has, me included. Every mineral species has its magical moment and an interestingly-included quartz—lodenite, dumortierite, tourmalated, rutilated—can be just as breathtaking as a beryl or tourmaline.” 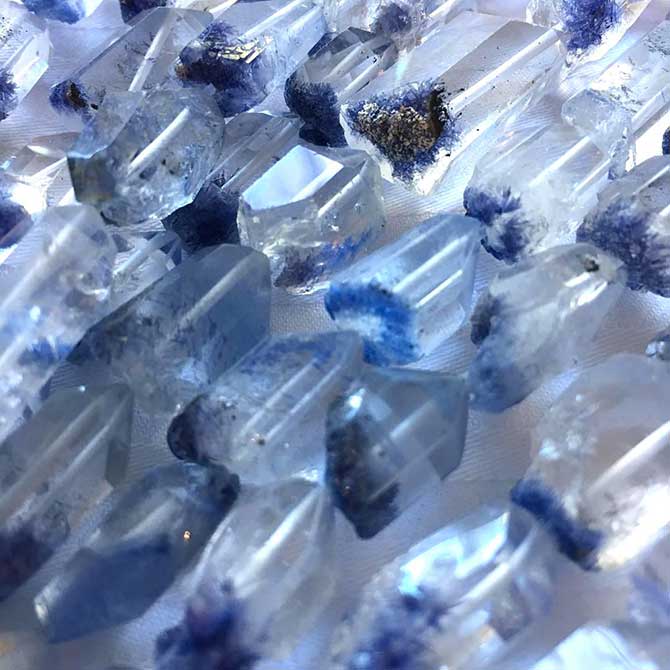 “Robert had some beautiful amazonite plates (including a strand that I sold off my neck) that sold out within a few hours of day one, and he introduced some wonderful new shapes in his strands this year, and those all sold quickly. Tourmaline—including some juicy neon Paraibas—in both single stone and strand form, lapis lazuli strands, and emeralds were also hugely popular.” 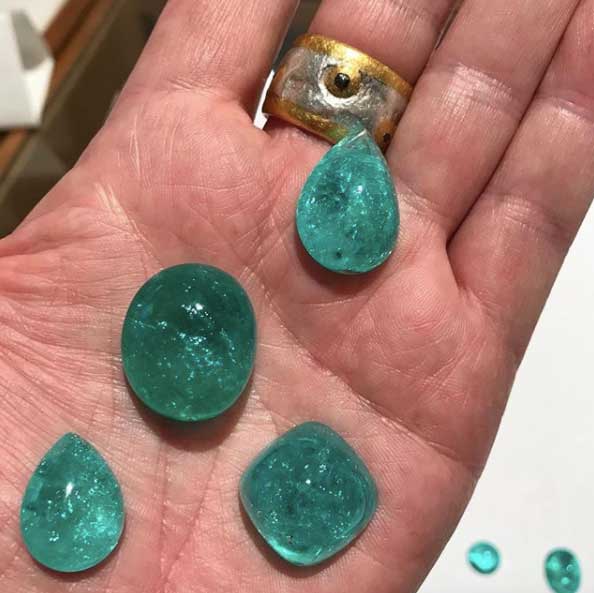 3. If you really love something buy it
“I saw plenty of designers and retailers become crestfallen because a strand or stone they saw the day (or hour) before had been sold. It pays to be decisive—it was really helpful to see fellow jewelers calculate on the spot what amount of material they’d need for certain pieces and what their approximate pricing structure would be with the stones they selected. Some jewelers will even design pieces for a client at Robert’s both and sell them before they’re made.” 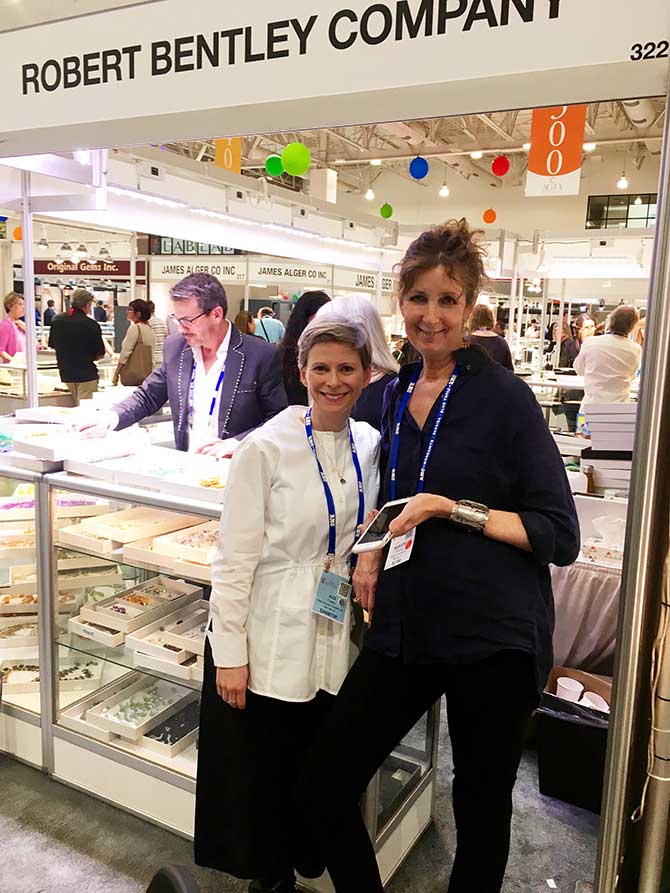 4. Hand-picked stones cost more
“Parcels are sometimes sold at a fixed price, but if you want to select single stones, the price per carat can go up. The parcels are generally a mix of different quality stones, so if you can use all of the stones in a parcel, go for it. However, if you’re in the market for just a couple of stones, and if that’s what your budget permits, expect to pay more per carat.” 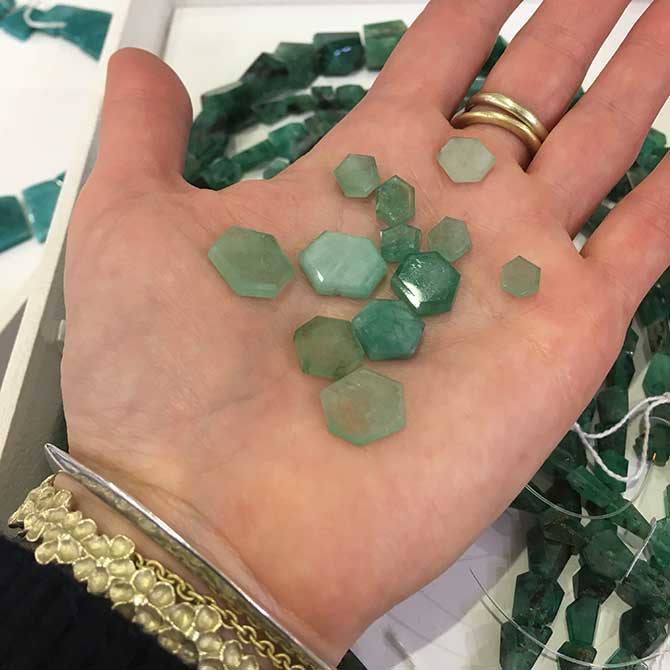 5. Silence is golden
“So often, retailers show a stone, give you the facts, and quickly put it away. It makes all the difference in the world when you give a customer excellent light, a brief bit of information, and silence on the counter with the stones. I do these things at my own wholesale and retail shows because I’ve learned that’s how connections are made.”